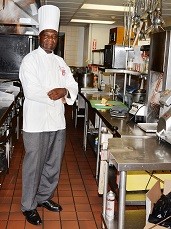 Born in Accra, Ghana, Chef Maxwell Ansong was in a Diplomatic position in his home country and traveled to many countries, including Serra Leone, Tanzania, Uganda and Geneva, Switzerland. He came to the United State in 1990 and educated himself at SCCC as a culinary student. After completion, he continued his education at Empire State College and obtained his Business Management and Economics in Professional Studies. He spent six years at the Prestigious Private Club in Albany, Fort Orange Club as a Grand Mange Chef and soon after joined the Capital City Rescue Mission in 1997 to present, as the Executive Chef. He also owns his own catering service, Lobster Lagoon. 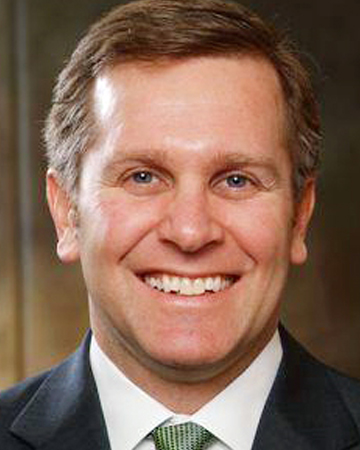 George Goldhoff has led thousands of employees at famous establishments including the Rainbow Room in New York City, the Bellagio – MGM Resorts International in Las Vegas, Nevada, and now at the largest casino operator in Alberta, Canada. His work as the General Manager of the Rainbow Room earned the famed private club in Rockefeller Center a three-star rating by The New York Times in the mid-1990s. While he was the Executive Director of Food and Beverage at the Bellagio from 1998 to 2001, the Bellagio achieved the first AAA Five Diamond award for a casino-hotel. And following the devastation of Hurricane Katrina, George coordinated the food and beverage redesign and reconstruction of the $700M resort restoration while Vice President of Food and Beverage at the Beau Rivage - MGM Resorts International in Biloxi, Mississippi.

George is now the President and CEO of Pure Canadian Gaming, which has casinos throughout Canada and generates $100M in revenue. After graduating from SCCC with an A.A.S. in Hotel Technology, he earned his B.S. in Hotel, Restaurant and Travel Administration from the University of Massachusetts, followed by an M.B.A. in Finance and Management from Columbia University. George grew up in Ballston Lake and Schenectady played a big role in his life during his formative years, with his father working at GE for 28 years, his mother acting at Proctors and the family belonging to the First Dutch Reformed Church in the Stockade as well as the YMCA.

Angelo M. Mazzone, Hotel Technology, CEO and President of Mazzone Management Group, Ltd., demonstrated tremendous vision, energy, and entrepreneurship since entering the food service industry while still in college. After graduating from SCCC, he transferred to the University of New Haven in Connecticut, earning his Bachelor’s degree in Hotel Administration in 1976. Returning to the Capital Region, Angelo became the youngest person to ever hold the position of Director of Food Services at Union College.

In 1981, Angelo purchased Peggy’s Restaurant in downtown Schenectady, which was the beginning of what is now Mansion Catering. Under his management, Peggy’s quadrupled its revenue in less than six years. In addition, Angelo created Papa Cicco’s Pizza and Pasta Emporium, named for his grandfather. Other ventures included the opening, in 1983, of The Manhattan Exchange restaurant, also in Schenectady, and consulting on the opening of the OTB Teletheaters in Schenectady, Amsterdam, and Albany.

Angelo then took on a new challenge to own and operate a first-class catering company with the ability to grow and expand to all areas of the Capital Region. After an extensive search across three counties, the Glen Sanders Mansion was chosen to be the site of what is now the premier catering and restaurant facility in the Capital Region. In 1996, Angelo contracted with The Hall of Springs in Saratoga Springs as the exclusive caterer. Mansion Catering also provides an elegant upscale a la carte menu for the Saratoga Performing Arts Center Patron’s Club. This was followed by Angelo opening 677 Prime, a fine-dining steakhouse in Albany and then Aperitivo Bistro in downtown Schenectady, featuring modern American fusion cuisine.

Aram Mardigian was a young chef in 1995 gazing down on the lights of Los Angeles from the windows of a world-renowned restaurant, picturesquely set on a hill in West Hollywood. He was 25 years old and working in one of the hottest restaurants in California, Wolfgang Puck's original Spago, and asking himself one question, "How did I get here, all the way from Latham, New York?"

Aram's first job was working as a line cook at Schatzi (German for "sweetheart") on Main, an Austrian beerhaus in Santa Monica owned by Arnold Schwarzenegger. He then started as a line cook and later was named Sous Chef at Spago working alongside Puck in the kitchen, preparing dishes for the Governor's Ball at the Academy Awards, Puck's exclusive catering gig for Hollywood's A-List. He is now a Partner and Executive Chef at Wolfgang Puck American Grille at the Borgata Hotel Casino and Spa in Altantic City, N.J. Before the Grille, he helped open Spago in Chicago, then worked at Tratoria Del Lupo in Las Vegas, Postrio in the Venetian, also in Las Vegas, and was Executive Chef at Spago in Palo Alto. Now, instead of rubbing elbows with Hollywood actors and the CEO of Yahoo!, he now prepares dishes for players on the Philadelphia Phillies and New York Giants. He has incorporated one of his specialties, charcuterie, the art of making different sausages, into the menu at the Grille. A mouth-watering special for football season this year features chicken sun dried tomato, spicy Italian and spicy lam chorizo sausage. In addition to charcuterie, Aram's other specialties are making pastas and risottos. 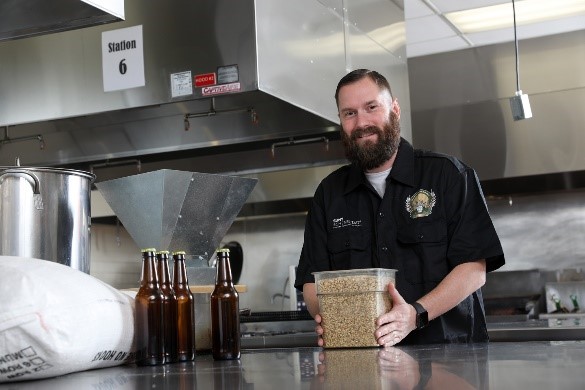 After working for more than a decade as a Bar Manager, Ryan decided to return to college to begin a career in the expanding craft brewing industry. As a Cellarman at SingleCut Beersmiths in Clifton Park, N.Y., Ryan is instrumental in helping with the production of brews that are sold throughout the Northeast. He began working there while he was still a student at SUNY Schenectady. He’s loving his new career. It’s rewarding and works well with his life as a husband and father of three young children.

“When I was a Bar Manager, I dealt with a lot of people in the brewing industry and everyone loved what they were doing. There are more breweries popping up all the time which is great for job security. SUNY Schenectady gave me the knowledge I needed to get my foot in the door to help me start my new career in the brewing industry.”