Please fill out the form below to let us know of your interest in attending Brass Day. 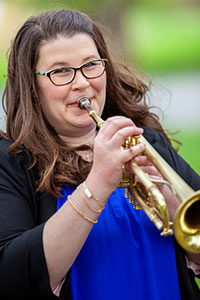 Allyson Keyser is a tenured Associate Professor of Music at SUNY Schenectady County Community College where she instructs the trumpet studio, coaches brass ensembles, teaches core music classes, directs the Wind Ensemble, and is the Brass Department Chair. Dr. Keyser received her B.M.E from Virginia Commonwealth University and her M.M. and D.M.A. from the University of North Carolina at Greensboro where she was the trumpet teaching assistant for five years.  In 2017, Dr. Keyser won the SUNY Chancellor’s Award for Excellence in Teaching. Prior to her appointment at SUNY Schenectady, Dr. Keyser taught trumpet, theory, aural skills, and coached brass ensembles at Virginia Commonwealth University as a sabbatical replacement for her former professor, Rex Richardson. She also performed as principal trumpet of the Richmond Brass Consort, Commonwealth Winds, Richmond Symphonic Winds, Richmond Philharmonic, Greene City Brass Quintet, and played regularly with Market Street Brass Quintet. Her past trumpet teachers include Gary Gompers, Rex Richardson, Ed Bach, and Julius Schaikewitz.

During the summer of 2015 Dr. Keyser entertained patrons at the Saratoga Race Course as a bugler for their summer season, including the famous Traver’s Day, and at Belmont Racetrack. She has been featured as a soloist with the Richmond Brass Consort, the Capital Region Wind Ensemble, the Johnstown Civic Band, the Memorial Concert Band of Colonie, the Schenectady Unitarian Society, First Reformed Church of Schenectady, and was featured with Rex Richardson at SUNY Schenectady’s 45th Anniversary Gala. Dr. Keyser performs as an active freelance musician and maintains a trumpet studio of all ages and levels in the Capital Region of New York. Her specialty is working with students who have technical or physical challenges on the instrument, and helping them learn to play with ease so they can fully enjoy making beautiful music. 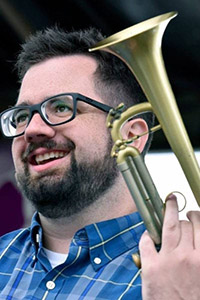 He has more than 40 original compositions and transcriptions published by Jazz Lines Publications, where he works as an editor, was the winner of the Anthony Newman Award, and has studied trumpet with Jon Faddis, Jim Rotondi and Ray Vega. 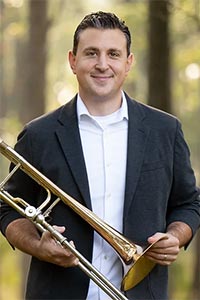 Phil currently holds the Principal Trombone seat in the Schenectady Symphony Orchestra, and works frequently as a freelance musician in the Capital Region. He most recently joined the New York Players Entertainment Group as the full time trombone player for Upstate New York's premier party band. 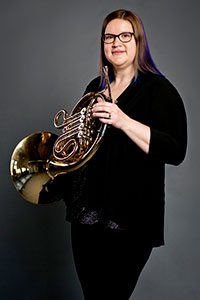 Kathryn Svatek is a horn player and private teacher in the Albany area. An active orchestral and chamber player, she regularly performs with Albany Pro Musica, Burnt Hills Oratorio, Broad Street Chorale, Glens Falls Symphony, Capital Region Wind Ensemble, and is third horn in the Schenectady Symphony Orchestra.  She is also a member of the Albany-based woodwind quintet, Quintocracy, which seeks to make chamber music accessible to everyone by providing performances to audiences both in and out of the concert hall, and by collaborating with other artists for some of their performances. Quintocracy has been the recipient of multiple grants to fund projects such as Berus in the Woods (premiered May 2022), which combined music with narration and shadow puppets, and the upcoming performances of Nosferatu in the fall of 2022, for which the group will perform a newly composed score (commissioned by Quintocracy) to accompany the silent film.

Equally passionate about teaching and performing, Svatek has been teaching privately for 10 years. She is currently the adjunct horn instructor at SUNY Schenctady, and has maintained a private studio out of her home in Loudonville since 2016. Prior to that, she co-founded Rural Soul Studio in 2012, where she taught private lessons on all band instruments in addition to piano, guitar, and ukelele. She is also certified in First Steps in Music, an early-childhood music education curriculum, and taught preschool music from 2012-2019, as well as infant and toddler classes at Rural Soul.

A native of upstate New York, Svatek earned her Bachelor’s degree in music education from the Crane School of Music, then continued on to her Master’s degree in horn performance at Michigan State University. She currently resides in Loudonville with her family and maintains Svatek Music, her private lessons studio. 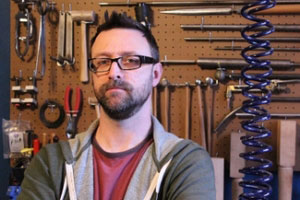 Chris Cromer, Owner of A Minor Tune Up

Chris Cromer started A Minor Tune Up in February 2001 while attending the University of Delaware as a music education major. What began as exploring a curiosity in an instrument storage room in the UD music building, quickly grew into a career goal and a passion in life.

At the age of 19, after winning an audition, Chris moved to California to join the world champion Blue Devils Drum & Bugle Corps. It was while living in CA as a corps member, that he was first exposed to the world of brass technology.      On occasion, Chris would visit the repair shop of Best Music in Oakland, CA, headed by Dick Akright, to get the Blue Devils' horns repaired. During that period Akright was also manufacturing trumpets under the Bel Canto name for Doc Severinsen. Marveling at the variety of equipment being used & hearing the depth of knowledge from those in the shop stuck with him.

Even as a kid, Chris always had an interest in how things worked & had a natural aptitude for engineering & fabrication. In 1997, while teaching high school marching band as a brass tech, Chris recognized some inherent issues with the mellophones the band was using. Out of curiosity he called the manufacturer & after learning some unsettling facts, he made some crude modifications to remedy the problems on his own.

From there Chris took a personal interest in brass design and started studying brasswind physics & researched the work of great craftsmen such as Renold Schilke & Zig Kanstul, among others. Chris befriended, and later apprenticed with, local instrument repair tech Marc Gullo (a Red Wing graduate) and started experimenting with used horns he found online to try various ideas he had. He discovered a small storage space in the basement of the music building [at UD] and got permission to use it as a lab of sorts to work on projects in between classes. In exchange for use of the space he performed free repairs for the university owned instruments. Eventually other students & even some faculty started bringing in their own instruments for repair.

"As I continued to learn more & more, players would ask me technical questions & seemed to value my opinion… I started to really enjoy what I was doing & loved seeing the impact it had on music performance." After about 2 years of working in the basement shop it became clear this is what Chris wanted to do with his life so he decided to forgo a teaching career & instead focus his time & financial resources on his new growing business.

Almost 2 decades and thousands of trumpets later this is now Chris's full-time profession. With customers as far away as Italy & Australia, brass players from every facet of music trust Chris with everything from a basic repair that needs just the right touch, to complete rebuilds & equipment consultation. From the Los Angeles studio scene to the Philadelphia Orchestra, he is earning his name as one of the most trusted brass technicians in the industry.