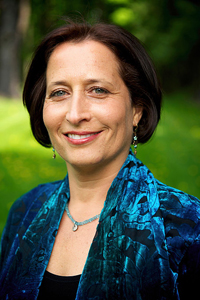 Gili Melamed-Lev is an engaging, versatile pianist who enjoys a career as soloist, chamber musician, and collaborative artist. She has been hailed for sensitivity of interpretation, lyrical sound and for brilliance of technique (“dazzling the listeners … while leading the tempo with furious rhythm changes.” and “beautiful playing … of Chopin’s haunting waltzes.” ~ Register-Star)

Ms. Melamed-Lev is artistic director of a chamber music series—The Concerts at Camphill Ghent (NY). She has been a member of the Lev-Evans piano duo since 2013 and was also artistic director of Ghent’s 88 Keys Concert Series and co-director of the Music Coalition of Columbia county, dedicated to contemporary music. She has held a number of artist-in-residence positions, including Eurythmy Spring Valley, with whom she toured the US, Canada, and Europe; the Rudolf Steiner Institutes in Maine and Massachusetts; and, most recently, at Avaloch Farm Music Institute in New Hampshire.

Upcoming 2016-17 season highlights include collaborations with renowned violinist Eugene Drucker, flutist Judith Mendenhall and harpsichordist Kenneth Cooper. She has collaborated with flutist Eugenia Zukerman, cellists Ashley Bathgate, Roberta Cooper and Ronald Feldman, soprano Amanda Boyd-Grout, clarinetist Paul Green, bassoonist Gili Sharett, violinist Joel Pitchon to name a few. Another highlight of last season was a concert featuring the music of Philip Lasser, Brian Shea and Jonah Thomas. Teaching, coaching, and sharing great music in its many manifestations have been a career-long mission for Gili Melamed-Lev. She is known as a dedicated and inspiring private teacher of piano, as well as a chamber music and vocal coach for more than 25 years. She currently works with students at Williams College and teaches, performs and gives master classes at SUNY Schenectady County Community College (SUNY Schenectady).

As part of her community engagement Gili has contributed time and energy to a number of important causes: she is the co-founder of the cancer patient fund at the Berkshire-Taconic Foundation; has given a benefit concert for the Child Advocacy Center in Hudson, NY; and has performed for hospice patients suffering from terminal illnesses. Her recordings include The Snow Goose with Actor John McManus and a disc with flutist Elyce Perico, with the latter enjoying significant air play on the Israeli public radio station. This year she will be recording a new CD with pianist Mark Evens.

Born in Jerusalem, Gili Melamed-Lev served as a nurse in the Israeli army and later was a scholarship student at The Juilliard School where she received her Bachelors of Music degree. Gili went on to obtain a Masters degree from Montclair State College. She lives in Ghent with her husband and two children.