Please fill out the form below to let us know of your interest in attending String Day. 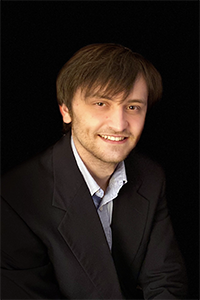 Max Caplan is a composer and pianist based in the New York Capital Region. He holds an M.M. in Composition from the Hartt School of Music and a B.A. in Music and Classics from Union College in Schenectady. As a composer, Caplan has written numerous works for the Musicians of Ma’alwyck, including his one-act chamber opera, Aleda: The Flight of the Suff Birdwomen (2018). The opera’s score was praised in the Albany Times Union as “invigorating and inspiring” and Caplan’s original libretto as “highly effective.” 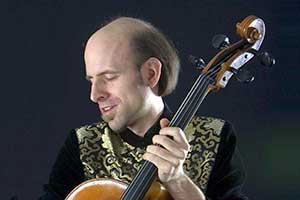 André Laurent O’Neil loves to stay active in many diverse musical projects, ranging from performing on and with period instruments (including the viola da gamba and fortepiano), to teaching modern cello, playing chamber music, and composing. A deep and lifelong interest in Johann Sebastian Bach’s Solo Cello Suites has led him to record all six for CD release last March. André performs regularly with Capitol Chamber Artists and Bennington Baroque, is principal cellist of the Union College Community Orchestra, Studio Instructor at Union College, and is the newly appointed principal cellist of the Schenectady Symphony Orchestra. He also collaborates frequently with Musicians of Ma’alwyck. Farther afield he is the principal continuo baroque cellist and gamba player for New Trinity Baroque, with whom he performs several times a year in Atlanta, Georgia and Belgrade, Serbia. He is an alumnus of the Empire State Youth Orchestra. 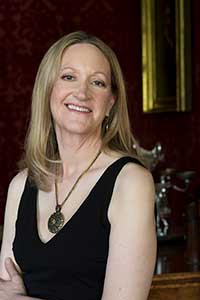 Ann-Marie Barker Schwartz, founder and director of Musicians of Ma’alwcyk, attended Boston University, where she studied with Roger Shermont and received a Bachelor’s degree in Music Performance. Concertmaster of Albany Pro Musica and many of the choral orchestras in the Capital Region, and a former member of the first violin section of the Albany Symphony Orchestra, and Barker Schwartz currently performs with the Glimmerglass Opera Orchestra.  She received her Master’s degree in American History from the University at Albany (New York), where she specialized in research of music in America during the 1700s and 1800s. A Cunningham Research Resident at the New York State Library, she worked on early 19th-century musical activities in Albany, culminating in a production in 2009 of George Washington’s favorite opera The Poor Soldier by William Shield and John O’Keefe.  Ms. Schwartz was a producer for Dorian Recordings, and continues in that capacity for the award-winning Baroque ensemble REBEL. Their last recording, devoted to music of Telemann, was in the 2014 Grammy pool.

Ms. Schwartz has taught music history at the University at Albany and Siena College.  She is the adjunct professor of violin and viola and also coaches the chamber music ensembles at SUNY-Schenectady. 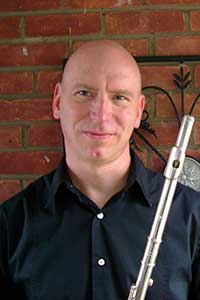 Flutist and composer Norman Thibodeau lives in Schenectady, New York, and is active as a performer and teacher from Central New York through Western New England. He was assistant principal flutist of the Orquesta Sinfónica del Estado de México and is now a member of the chamber group Musicians of Ma’alwyck and the wind quintet Fünf. He teaches flute at Schenectady Community College, the Berkshire Music School, and privately. He has recorded solo flute works of Anthony Holland for Albany Records, and has had both live and recorded performances broadcast on NPR.

As a composer, he has had works published and recorded by ALRY Publications and by flutist Jan Vinci on Albany Records (a CD very favorably reviewed in American Record Guide). His ensemble compositions have been performed by the orchestra of the University at Albany, the College of St. Rose Wind Ensemble, and the String Ensemble of the Empire State Youth Orchestra. Critical praise cites “dazzling contrapuntal moments” and “crunchy, yet pleasing complexity” (Byron Nilsson in Metroland), and even from his earliest orchestral work, “a remarkable grasp of the medium” (Albany Times-Union).

He combines his flute and composition interests in the medium of “Extended Techniques” for flute, using such sounds as double-stops and an array of mouth percussion. This resulted in invitations to be guest artist of the 2008 Skidmore College Flute Festival, and to teach extended techniques at the Wildacres Flute Retreat (which he continues to do).

Norman was trained at Peabody Conservatory and the University at Albany. He studied composition with Leonard Kastle and Lee Mitchell, as well as counterpoint and orchestration with John Henry Carton. His flute teachers include Irvin Gilman, Robert Dick, Stephen Preston, and Britton Johnson, and he has performed in masterclasses of Trevor Wye, Thomas Nyfenger, and Julius Baker. In recent years, both his playing and teaching are informed by the Feldenkrais Method, of which he is a trained practitioner.

Musicians of Ma’alwyck is a flexible-size chamber ensemble in residence at the Schuyler Mansion New York State Historic Site and Schenectady County Community College. Founded in 1999 by violinist and director Ann-Marie Barker Schwartz, the group specializes in music performed in America during the eighteenth and nineteenth centuries. Many of the performing materials are drawn from the Special Collections of the New York State Library. In 2002, Musicians of Ma’alwyck performed by invitation for television producer Norman Lear in celebration of his purchase of the last private copy of the Declaration of Independence. Musicians of Ma’alwyck has been presented on National Public Radio, WMHT-FM and WMHT-TV. In 2009 the ensemble produced the 1783 opera The Poor Soldier by William Shield, drawing national attention. Continuing its operatic presentations, the ensemble commissioned the suffrage opera Aleda in 2018 and presented the 1817 vaudeville The Ship’s Captain in 2021 and 2022.  Musicians of Ma’alwyck was named the best chamber music ensemble of the Capital Region for both 2008 and 2009 by Metroland. Musicians of Ma’alwyck has been nominated three times for an Eddie Regional Music Award.

Musicians of Ma’alwyck first commercial CD, which Joseph Dalton of the Times Union praised, calling it “elegant and charming,” is Music in the Schuyler Mansion. Our second CD Hyde Hall and the Silver Goddess was released in 2021.

Musicians of Ma’alwyck also performs regularly at Hyde Hall, the 19th century home of the George Hyde Clarke family. Musicians of Ma’alwyck can be seen in a series of video shorts on YouTube in various historic locations, including the Schuyler Mansion, Albany Institute of History and Art, Woman’s Club of Albany, Hyde Hall, and recently down in Columbia County at sites of the Columbia County Historical Society, where they worked with actress Gabriella Pizzolo 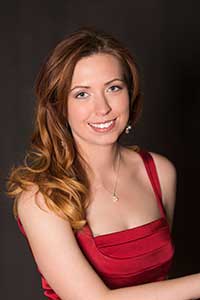 Mezzo Soprano Tess McCarthy is a frequent collaborator with the Musicians of Ma'alwyck and is honored to have played the title role in Aleda or Flight of the Suffbird Women.  In addition to Musicians of Ma'alwyck, she has sung as a soloist with local groups including The Burnt Hills Oratorio Society, The Octavo Singers, The Jubilate Singers, and the SUNY Albany Masterworks Chorale. Ms. McCarthy's most recent opera appearance was as Hänsel in the 2016 Midwest Institute of Opera's production of Englebert Humperdinck's Hänsel and Gretel. In 2015, she attended the Daniel Ferro vocal program in Chianti, Italy where she was privileged to work with master voice teachers such as​​​​ maestro Daniel Ferro and Raminta Lampsatis. She currently studies with Carla Fisk of Niskayuna, NY.  Miss McCarthy teaches high school music and chorus in the South Colonie School District and sings as soloist and section leader at Saint Paul's Episcopal Church, Albany.