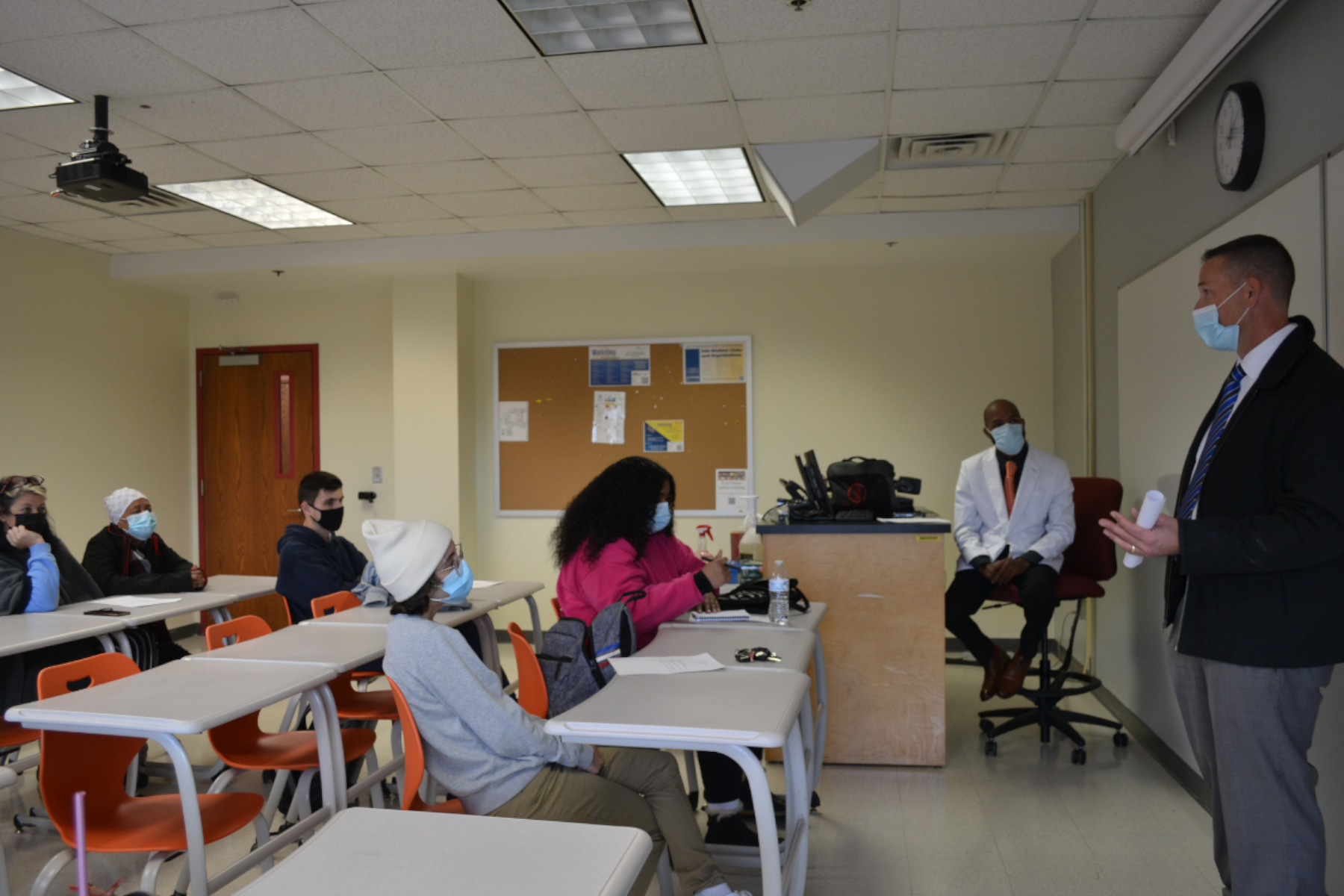 While teaching a recent Introduction to Criminal Justice course, Lou Aiossa started the discussion with his students by describing the initial police report from a case he had worked. Now a retired, 20-year veteran of the Albany Police Department, he went through the response, investigation, grand jury process, and the trial.

“I bring everything we talk about in the classroom to life,” he said. “I bring examples from my career in law enforcement and things that went well and things that didn’t go so well. We also rely heavily on current events within our discipline. We talk about law enforcement, the courts, correction, juvenile justice. I give a perspective that is based in both law and the possibilities of human performance.”

Aiossa also shares his experiences as an Albany Police Officer, Detective, and Detective Sergeant, SWAT Team Leader, Crisis Negotiator, and Expert in Police Use of Force and Human Performance with students in his Criminal Law, Criminology, Principles of Investigation, and Serial Killers classes. He recently spoke to members of the Criminal Justice Club as well. 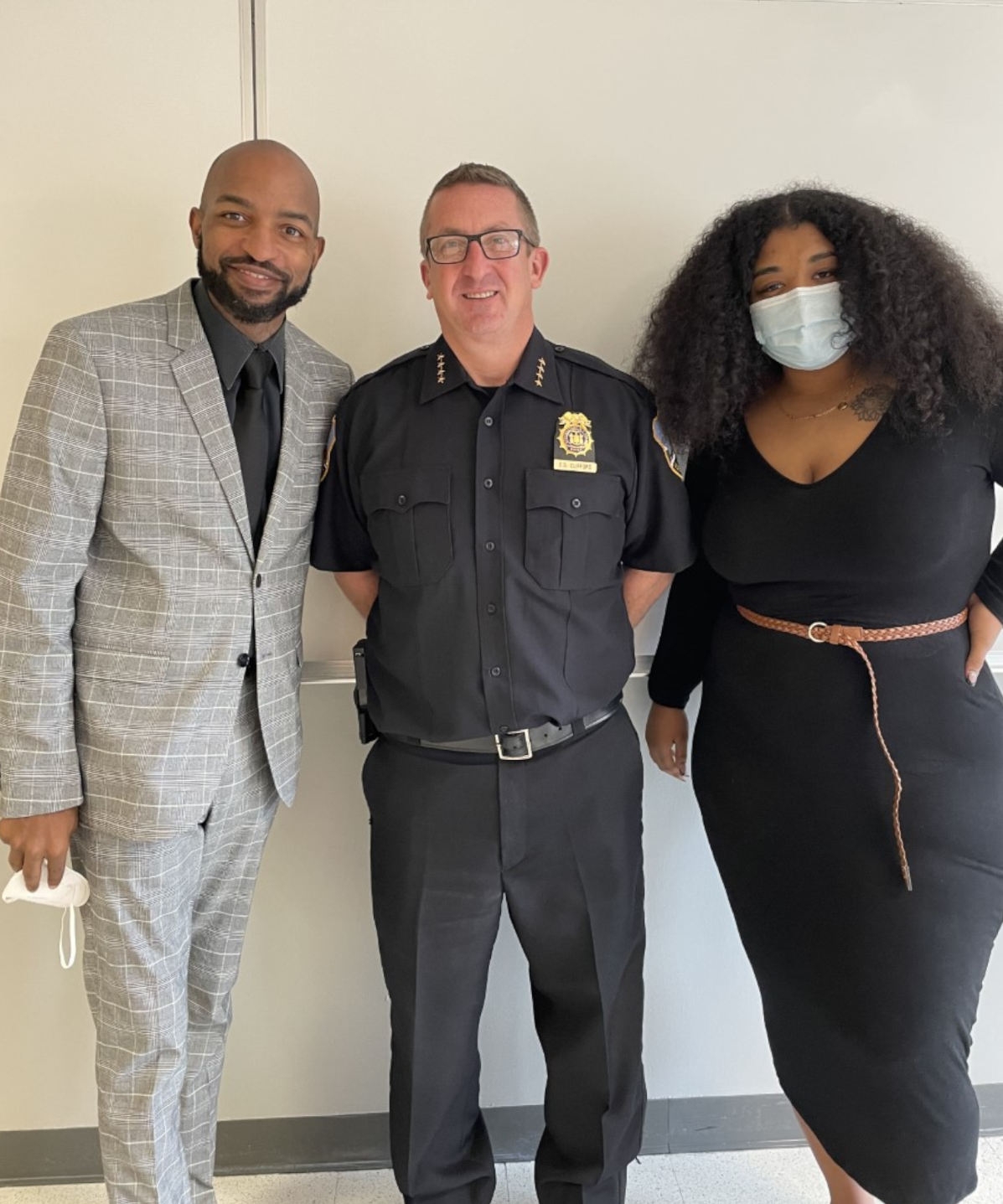 This semester, the CJ Club has been meeting regularly, inviting experts to campus, some of whom were SUNY Schenectady alumni. Recently, Schenectady Chief of Police Eric Clifford ’92 and Sgt. Mark Kirker, of the Schenectady County Sheriff's Office, spoke to students who plan to enter the Criminal Justice field. Students also toured the Schenectady City Police Station. 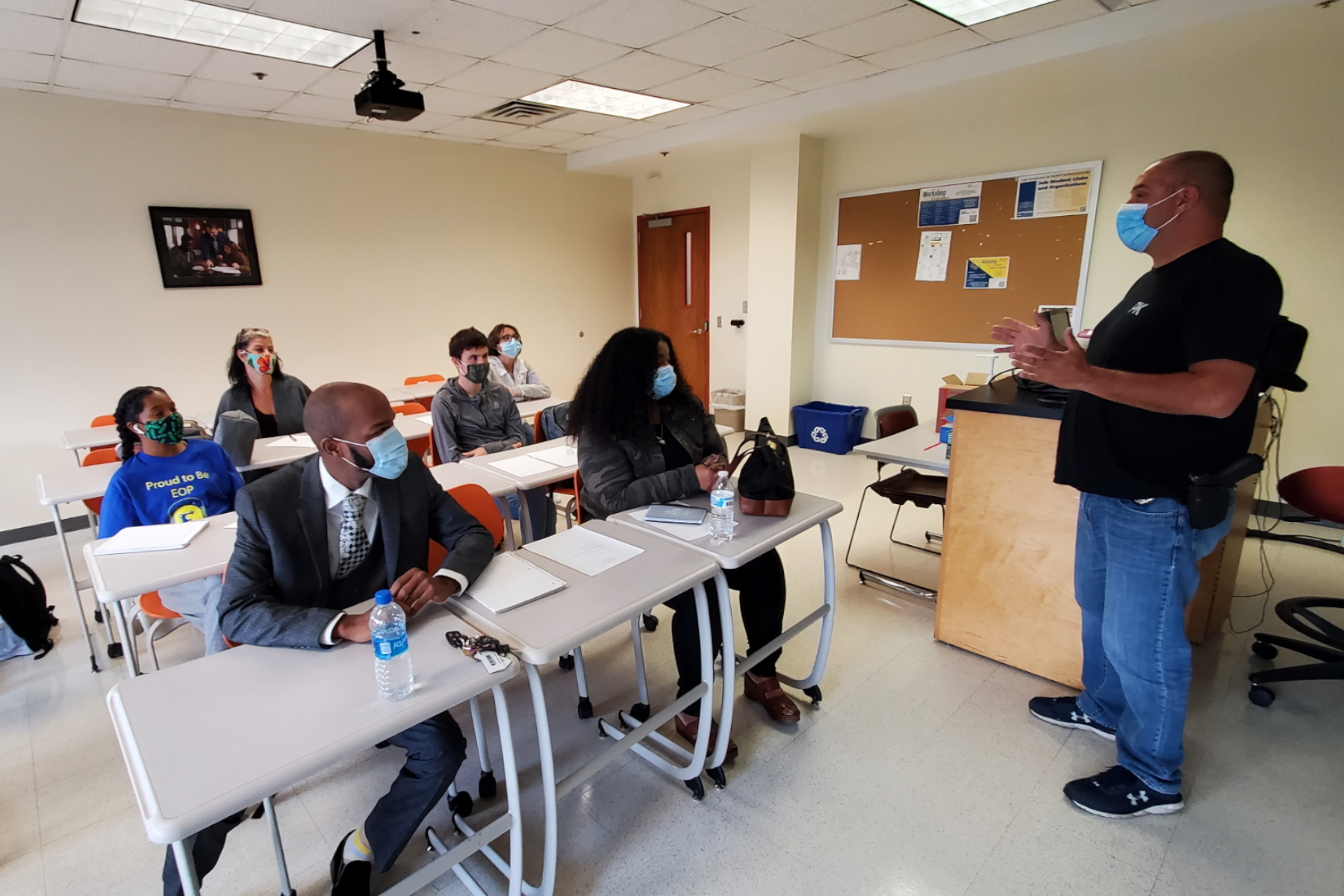 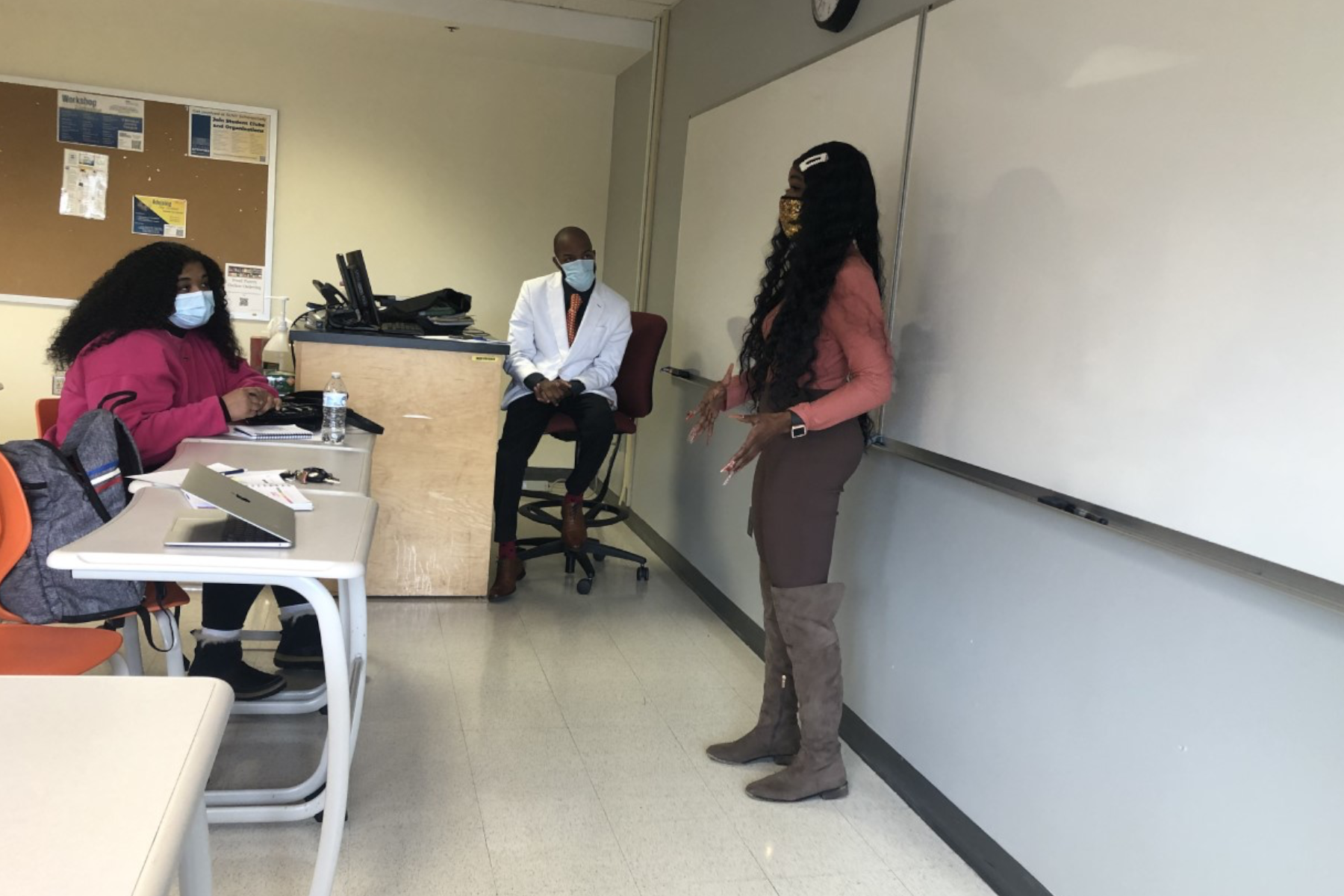 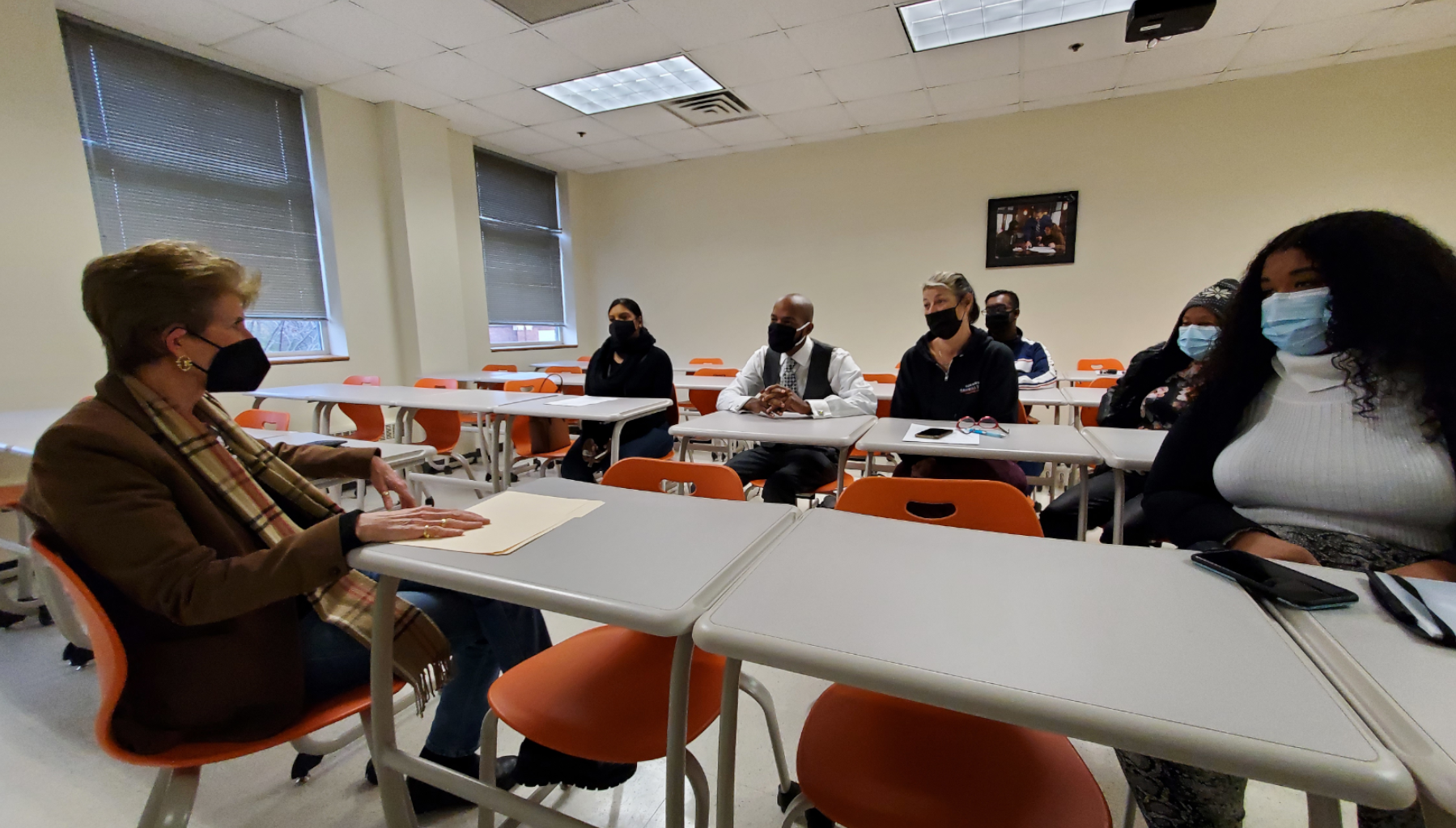 “As students, hearing from them has opened up our minds and shown us that there are many different aspects to Criminal Justice,” Lavare said. “When someone has that background, not only are they teaching you the information, they have that work background so they can connect the dots for you. They are coming with real-life applications.”